I sat on a panel and gave a keynote, so I was able to say a lot about the situation. I talked about how the press and politicians keep the population in fear, as well as a few scary minutes challenging the prevailing perspective on the Holocaust, but the two key points I made were these:

Apparently, I made a sufficient impression that I am being invited to give a workshop at the Foreign Ministry.

I also had an interesting moment with a member of the Knesset who’s running for reelection, when I challenged him to articulate a positive vision for the future of Israel that isn’t some form of problem-solving or survival. He was unable to do it, which didn’t surprise me. I’ve asked this question of Israelis from all walks of life for 5.5 years, and not one has been able to articulate a single positive desire or goal about Israel’s future. In my opinion, this lack positive thinking about its future is a much greater threat to Israel’s survival than its neighbors are. I know of several organizations that have worked to create a shared vision for Israel, and none has been able to get the result to “stick” yet.

Personally, I’m convinced that finding Israel’s higher purpose is an important step before finding its vision. I’m still looking for a leader there who can be the face of such a project, someone who is respected by people across the political spectrum.

There were other great moments, including organizational purpose work with an NGO, an internet technology company and a large kibbutz, but these are the moments that I think you will find most interesting. I’m looking forward to my next trip in late April, when I hope to meet with several politicians about Israel’s purpose. 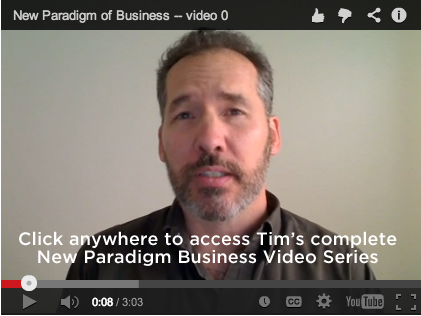